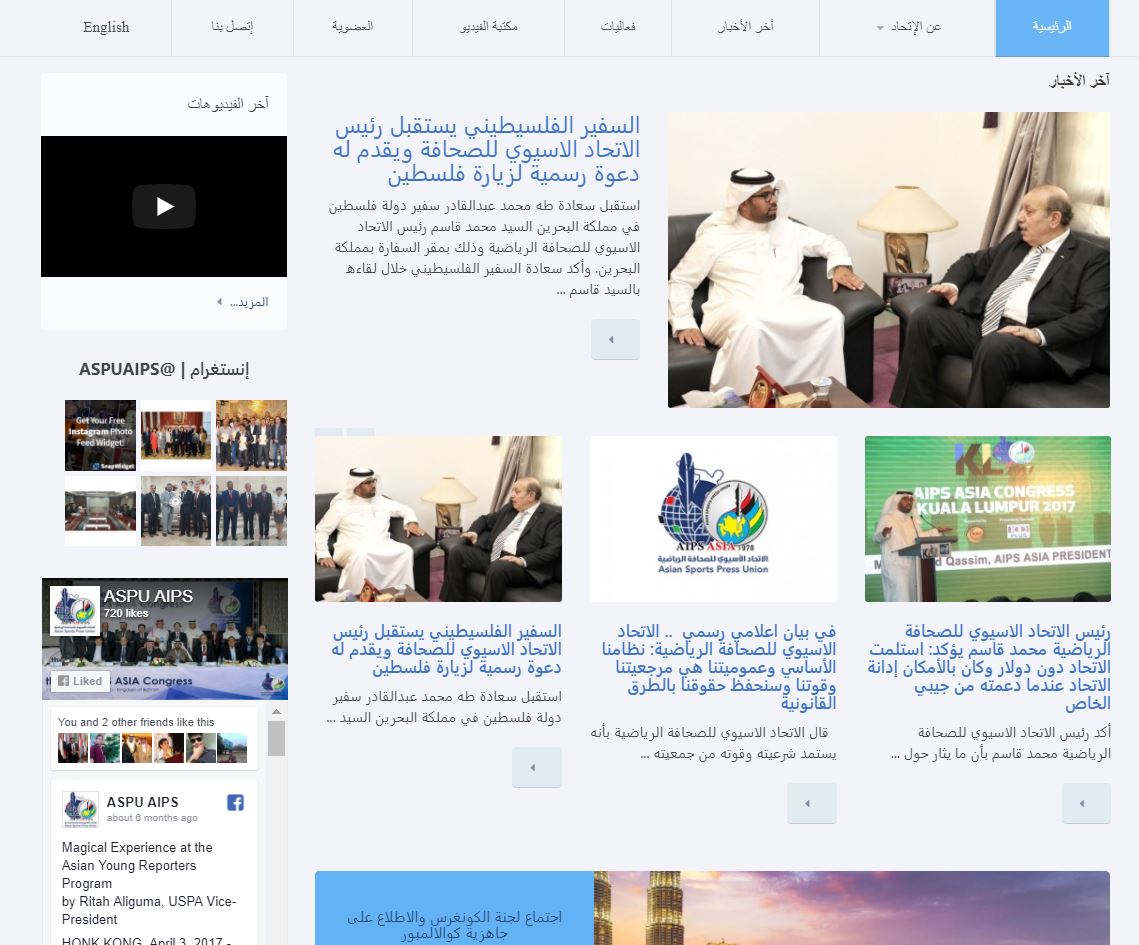 Asian Sports Press Association AIPS ASIA Is the organization responsible for sports journalism in Asia, one of the other associations that form altogether the International Sports Press Association AIPS.
AIPS ASIA is responsible for the development of sports journalism in the Member States in addition in creating an ideal environment for sports journalism that is fair, transparent and to be qualified to create future generations of journalists.
In December 1978, the ASIA appeared officially through the 8th Asian Games hosted by the Kingdom of Thailand (from 9 to 20 December 1978) and after the initiative of Martyr Sheikh Fahad Al Ahmad Al Jaber Al Sabah, (he was the Asian Football Confederation AFC, Kuwaiti Handball Association chairman, the president of the Kuwaiti Olympic committee and known for his support to the sports press and journalists).
It was through the first constitutive meeting, that the AIPS ASIA emerged in Bangkok on December 12, in which the Japanese Mia kao was elected as its first President and Zia Abdul Razak Hassan first vice president and Kuwaiti Mohsen Husseini, secretary-general of the association, and it was decided that the association headquarters would be in Kuwait. Upon the withdrew of the Japanese Mia Kao from his post, Mr Husseini was elected president of the AIPS ASIA and Zia Hassan remained in his position as first vice president and the Kuwaiti Adnan Al Sayyed served as secretary-general, that lasted until 1990.